Many of us have been attracted to investing and dealing in cryptocurrency — a digital or virtual currency that is secured by cryptography — making it nearly impossible to counterfeit or double-spend. Cryptocurrency has been particularly attractive to U.S. expats, as some find they face extra difficulties when working with foreign banks. This is largely due to FATCA disclosure requirements, and in fact some foreign banks stopped doing business, or at least made it difficult to do business for U.S. citizens. Cryptocurrency, like Bitcoin, has been seen to become a convenient way to handle some transactions, as an alternative to traditional banking.

On December 31, 2020 FinCEN made a statement that changed the rules for tax reporting requirements and this will ultimately affect those expats with Bitcoin and other cryptocurrency investments. FinCEN is the American financial crimes authority. It has a global reach, and it already requires Americans (including expats) with foreign registered financial accounts to report them annually by filing a Foreign Bank Account Report, or FBAR. The statement released at the end of last year detailed the intention to add virtual currency accounts as reportable accounts under the FBAR rules.

What do the new rules mean for expats?

Up until the issued statement, previous guidance advised that cryptocurrencies did not need to be reported in FBARs, so this new statement is a departure from those guidelines. Virtual currencies received by Americans in exchange for providing a service should be declared and reported as income — while the 2020 Form 1040 has a new field specifically asking this question. Gains made on the sale of Bitcoin and other types of cryptocurrency can qualify towards capital gains tax calculations.

Are the changes with immediate effect?

It is worth remembering that the statement made on December 31 was drafted in order to amend the rules, rather than to mandate a hard-and-fast immediate change. Likely, the changes will be further detailed this year and incorporated for filing 2021 taxes in 2022.

As with any new information or changes, there are still many grey areas that will require further clarification. Questions will thus need to be answered before the details of the statement are fully enforced. These include for example, whether additional information will have to be provided when filing FinCEN Form 114, compared to other types of financial accounts. Or will it just apply to cryptocurrency hosted by a virtual coin exchange, or will self-held cryptocurrency wallets also need to be reported? For now, it seems, being aware of the upcoming changes is enough. 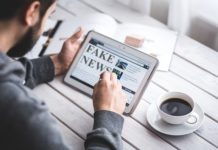 4 Easy Ways to Get Your Stimulus Check