An American in Paris?

Inspired by George Gershwin, or even the 1951 movie of the same name, and now you’re ensconced in Paris, Madrid, Shanghai or some other Shangri-La? Then you might be forgiven for forgetting about the IRS, even if for just a short while. However, expat or not, if you’re a U.S. citizen, then the IRS wants you.

In the main due to the F.E.I.E. (Foreign Earned Income Exclusion – $107,600 for the 2020 tax year) and Foreign Tax Credits, paying taxes can be alleviated, but almost all expats will still need to file taxes annually. Incidentally, you may claim for these by filing the relevant forms, in order to avoid double taxation — and nobody wants that. So, even if you don’t actually owe anything to the IRS, will still need to file if your gross worldwide income is over the filing threshold. This can include investments and rental income if you dabble in Airbnb or similar. The key point to remember is the U.S. taxes all U.S. citizens and green card holders, not just those residing in the U.S. So, sharpen your pencils and dig out all those incomings and outgoings, and set aside an afternoon in the sun if that’s where you are lucky enough to be residing, and get ready for the 2021 tax season kick-off.

What are the minimum income thresholds?

When are my dues due?

The IRS announced it will begin accepting 2020 tax returns on February 12. Not a tongue-twister, but dates to remember, in order to file your 2020 expat taxes on time during 2021. Last year, due to the pandemic caused by Coronavirus, all U.S. citizens at home and abroad received an extension until July 15 to both file and pay. However, this year the dates are expected to revert to June 15 as the deadline for expat tax filing, and April 15 as the deadline for expat tax payment.

What if you need an extension? Fill in and file Form 4868 online and request more time  – there’s a four-month extended expat tax filing deadline until October 15. If you then find that this extra time is still insufficient, then write to the IRS and request a discretionary extension of the deadline up to two more months, but remember this is not automatically granted. If accepted, then your final deadline will be extended to December 15, 2021.

Feel free to contact us if you need assistance with any of these filing.

Additionally, U.S. citizens who are expats should be prepared for the 2020 tax season kick-off if they have a total of over $10,000 in foreign financial accounts, including all of their foreign registered bank and investment accounts and any pensions. This means also filing a Foreign Bank Account Report (FBAR).

Use FinCen Form 114 and the deadline for filing is again April 15th, although there is an automatically applied filing extension until October 15 on this one.

Other deadlines for your diary

Expats who are owners of U.S.-based S-corps, partnerships or foreign trusts should be aware they must file forms by March 15. Should you be subject to estimated quarterly tax, then these payments will be due by the 15th of each of the months April, June, September and January.

Then, kick back and breathe — it’ll all be over, at least until next year. 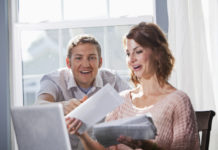